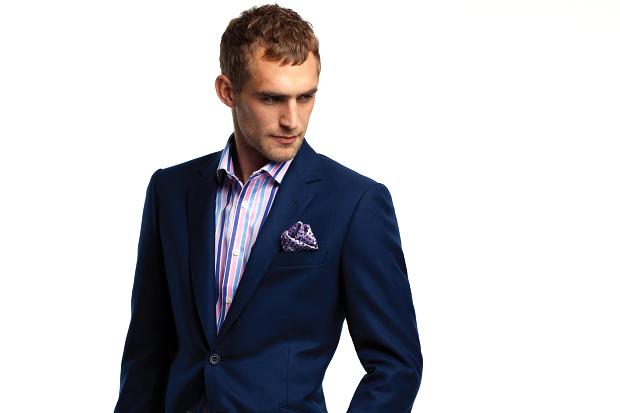 Dutch passion for detail is giving a new edge to M&S, but do Brit men see it differently

A few days ago some of the bulgiest brains in menswear (and me) were ushered to the top floor of M&S’ Richard Rogers-designed HQ in Paddington to have lunch with the company’s newish Chief Executive Marc Bolland. Over M&S coquilles St Jacques, M&S ham hocks and M&S Chablis representatives from The Times, The Guardian, Men’s Health, GQ and ShortList were grilled by Bolland — in a rich Dutch accent that Steve McClaren can only dream of — on all things M&S. With us sat Kate Bostock, M&S executive director, Tony O’Connor, head of menswear design, and communications overlord Dominic Fry.

Now, in theory, all this was supposed to be off the record. And I have no desire to be branded the Julian Assange of jockstraps, despite the conversation’s tantalising progress through a tumultuous range of topics, from Blue Harbour chinos to Ken Bates’s Leeds United via Jeremy Paxman’s underpants, charcoal v navy and the lack of a topnotch M&S vegetarian sausage (that last one was The Guardian, obviously).

But what it is safe enough to disclose is that Bolland’s particular vim for fashion and, I suspect, a slight mania for detail — including a laudable underpant evangelicism — bodes well not just for M&S in general, but its menswear in particular.

For years, Britain’s biggest high street fashion brand has been merrily hit and miss, a repository of brilliant one-offs and great basics, but often hidden away within huge shopfloors of less loveable attire.

The spring/summer 2011 collections (above) look excellent, including the designer-ish denim, the non-naff North Coast rugged wear and the suiting. A new crease-resistant linen looks good for summer jackets and a miraculously water-proof suit could prove revolutionary for Britain’s office army.

It will be interesting to see if that perception shifts at all over the next few years.

Mankini, Mandals, Man-boobs, manties, manorexia, manscaping, manny and many, many more — the belittling “man” prefix-cum- amalgamation should be resisted at all cost, yet is enjoying a disturbing rise in usage.

Of them all, “manbag” remains the most popular. For the idea of men carrying bags — just as women carry handbags! — is taken as emblematic of a new generation of moisturising, emasculated men.

Last week Burberry revealed that it enjoyed a 27 per cent sales rise in the run up to Christmas. Announcing that fact, the company’s chief financial officer Stacey Cartwright said in Asia, that Burberry’s men’s accessories “are a huge market”. And lo, it was gleefully reported that “manbags” are driving Burberry’s fantastic financial results. What rubbish.

Remember, men carrying bags is not an entirely new phenomenon. They used to be called briefcases, or backpacks, or even bags. They are for taking stuff you need to work with you. So if anybody applies the “man” p-c-a to my bag, I’ll hit them with it. And while the bag itself is pretty light, those chunky tubs of moisturiser transform it into a fearsome weapon.

Colin Firth Is Really Talented and dashing and everything, but much more riveting news, Oscar-wise, is the nomination of Banksy in the documentary category. His mind-melting Exit Through the Gift Shop — about the scarcely credible rise of a manic, slightly creepy French bloke called Thierry who becomes a celebrity street artist called Mr Brainwash — is a brilliant film about Banksy’s special subject: hype. And whether he wins the statuette or not, Banksy is now almost honour-bound to Banksify LA pre-Oscar night. It’ll be interesting to see how he looks in black tie — as if.