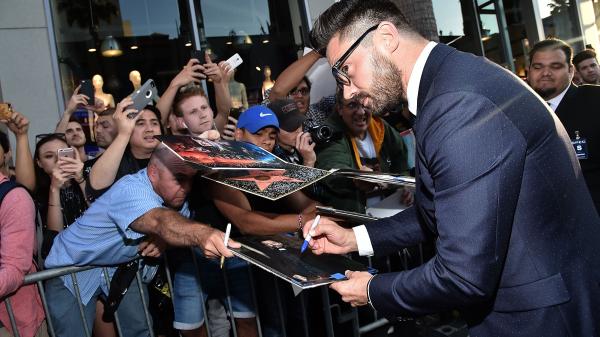 Red-carpet events featuring the biggest stars on the planet help to shape Hollywood’s glamorous image and drive its bottom line but they are also coming under increasing scrutiny for their vulnerability to terror attack.

The nightclub massacre in Orlando this month and the murder the previous night in the same city of the singer Christina Grimmie were the latest atrocities to expose how soft a target the entertainment industry is for determined gunmen. A study published by The Hollywood Reporter this week has made clear the extent of the risks run at showbusiness’ glitziest occasions too.

Over the past year the magazine sent interns without press accreditation to more than 55 red-carpet events across Los Angeles, including film premieres by every major Hollywood studio, TV premieres, fashion events and awards ceremonies.

Although the Academy Awards ceremony itself proved “impenetrable”, the interns were able to get within a few feet of the red carpet without being subjected to a security check or bag search at more than half of the events they attended.

“There have been incidents. There have been things that have happened that have been kept from the public eye,” Eric Rose, West Coast director of the security agency Pinkerton, told the magazine. “We have just been fortunate that it hasn’t been catastrophic.”

At the premieres of Avengers: Age of Ultron, starring Robert Downey Jr and Scarlett Johansson, Concussion, with Will Smith, and Mother’s Day, starring Julia Roberts and Jennifer Aniston, unchecked visitors could stand within 5ft of the stars.

Liza Anderson, founder of Anderson Group Public Relations, said: “What we do in Hollywood is fun and isn’t supposed to be taken seriously, but a nightclub in Orlando is supposed to be fun too. We all need to take a second look at what’s going on in the world around us and figure out where the balance is.”