Scotland’s emerging fashion designers and models are wowing the catwalk, and even Paris is sitting up and taking notice, writes Gillian Bowditch 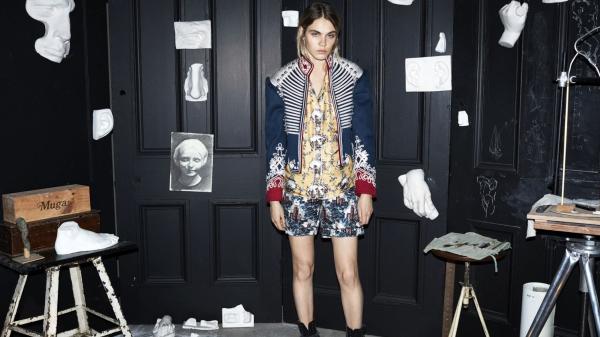 Scottish fashion is having a moment. The founder of the Scottish Fashion Awards is planning to launch a new fund to help support up and coming young designers in order to capitalise on the strength of talent emerging from Scotland and help to establish the next Anya Hindmarch or Jonathan Saunders. The move comes amid growing demand from Paris couture houses and international designers for Scottish textiles and heritage brands.

Tessa Hartmann, who created the awards a decade ago but moved them to London because of a lack of support north of the border, says the quality of teaching in Scotland and the calibre of fashion graduates has never been higher. She plans to launch the Scottish Fashion Fund in 2017.

“We’re in a great place in terms of profile,” Hartmann says. “There isn’t a season that goes by without luxury houses using our incredible fabrics. We are seeing more designers inspired by Scotland. Prada and Victoria Beckham have incorporated elements of Scottish heritage in recent collections and there has been a big upsurge in the use of Harris Tweed.

“Ten years ago, Scotland plus fashion did not equal anything. Now, with the profile that all these young designers have and the business they are doing globally and the fact that they are now proud to talk about their roots, that has completely changed. Unfortunately, we are no further forward in understanding it as a business sector and as a serious contributor to the Scottish and British economy.”

Despite the fact that Nicola Sturgeon, the first minister, has graced the pages of Vogue and promoted young Scottish designers such as Totty Rocks, there has been little new support for the industry.

Hartmann is working with high -profile Scots, such as stylists Malcolm Edwards and Sam McKnight, to set up a mentoring scheme for the next generation of young Scots. With the Scottish Fashion Awards, which take place on October 21, recognised as one of the leading fashion events in Europe, the opportunities are better than ever, she says.

“I am trying to put a fund together for next year, like the British Fashion Council/ Vogue Designer Fund, to which Scottish designers can apply,” she says. “If we can put together even £50,000 and find a source of matched funding it could make a real difference. This is something the public sector should be doing — they do it for the biotechnology sector and the games industry. It is my challenge for next year.” 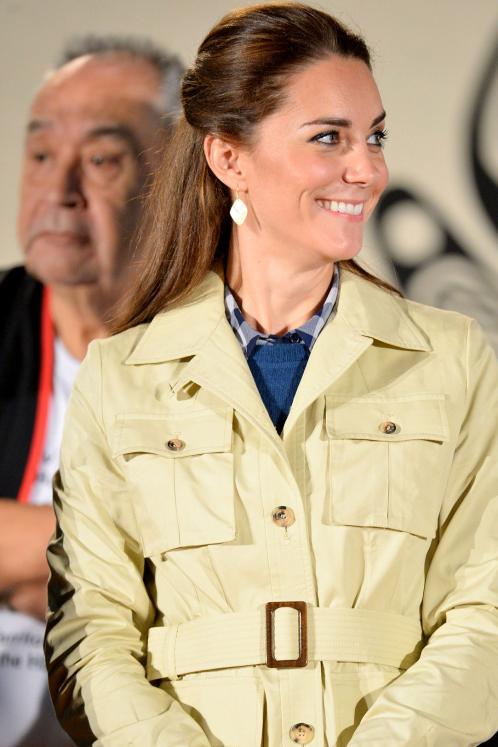 Justine Picardie, editor in chief of Harper’s Bazaar UK and Town & Country UK, says the love affair between the top couture houses and Scotland goes back to the days of Coco Chanel and Elsa Schiaparelli.

Speaking at Paris Fashion week, Picardie, who has a base in Scotland and has been a leading champion of Scottish designers, says: “Scotland has been pretty central on the fashion map for some time. When I was researching my book on Coco Chanel I found she was a frequent visitor to Scotland in the 1920s. She discovered beautiful Scottish tweeds and other fabrics which she incorporated into her designs and that continues to this day.

“The Chanel show in Paris is on Tuesday and we will see Scottish cashmere and Scottish tweed. Scottish textiles are incredibly important, not just to Chanel but to many of the luxury brands.”

In 2012, Karl Lagerfeld, the famous designer behind Chanel, rescued the struggling Borders cashmere company Barrie Knitwear from the brink of insolvency and has created new jobs in the industry as well as new customers for its luxury products. Gun-maker and clothing brand Holland & Holland, one of whose jackets was worn by the Duchess of Cambridge in Canada last week, is also part of the Chanel stable. Picardie points to the arrival of Scottish fashion aristocracy Stella Tennant and Isabella Cawdor as designers for Holland & Holland as a pivotal moment.

Tennant, a high-profile model and the granddaughter of the late Deborah Mitford, Duchess of Devonshire, lives in the Scottish Borders. Cawdor, a former Vogue fashion editor and wife of the 7th Earl Cawdor, lives in the Highlands. Drawing on the Scottish countryside and their combined heritage, the duo are making “quality clothes to deal with the weather and to look good in”, according to Tennant.

“Stella Tennant lives in the Scottish Borders and she has been incredibly supportive of the textile mills based there,” says Picardie, who sees the work they are doing as a continuation of a long tradition. “Most of the big fashion houses will be using Scottish cashmere and Scottish tweed. Johnstons of Elgin is a very important supplier. There is a long and distinguished history between French couture houses and Scottish textiles.”

It is not just new Scottish design talent, such as Samantha McCoach of Le Kilt — who has made the traditional garment cool again and was picked by the Duchess of Cambridge for her recent Vogue shoot — or Charles Jeffrey, the talent behind the Loverboy label, who are making their marque. Scottish models are also in vogue.

Lady Jean Campbell, daughter of Isabella Cawdor, and the face of Burberry, is one of the world’s most sought-after models at the age of 19. Flo Millar, scouted in Glasgow University’s student union bar, is being hailed by Vogue.com as the new Cara Delevingne because of their remarkable similarity. Millar, whose last job was working in a chip shop in her home town of Lanark, has also caught the eye of Burberry’s Christopher Bailey and was cast in his latest show — her catwalk debut.

But away from the glamour are a number of unsung heroes who have literally been through the mill and are battling to keep Scotland’s textile heritage alive. Brian Wilson, the former energy minister, and Ian Taylor, the oil magnate, have rescued Harris Tweed Hebrides and secured the future of the famous Clò-Mòr by training a new generation of weavers on the Western Isles.

Nick Fiddes, who established the online Scottish heritage store Scotweb, rescued the Selkirk mill DC Dalgliesh. It is the last mill of its kind that can produce short lengths of rare tartans and it allows designers to offer individual garments in any tartan. When it was in danger of closing, the owners approached Fiddes, their biggest customer, who was determined to keep it going.

“We simply couldn’t let it die, partly for business reasons but also because it was the last of its kind,” he says.

It was only when he dived into the archive that he discovered the extent of the mill’s heritage. In addition to making the tartan silk for the accessories of the Countess of Strathearn, as Kate Middleton is known in Scotland, DC Dalgliesh has woven fabric for the Queen, Nelson Mandela, the Dalai Lama and Ivana Trump. Its tartan even made its way to Neil Armstrong, Buzz Aldrin and Michael Collins of the original moon landings.

Designers Vivienne Westwood and Katharine Hamnett incorporate the mill’s fabrics into their designs. Fiddes is tight-lipped about the approaches which have been made to the mill now that it is back up and running but the gossip at Paris Fashion Week was that Phoebe Philo at Céline is keen to collaborate.

At the other end of the country, Derek Reid, a former chief executive of the Scottish Tourist Board (now VisitScotland), has rescued the Carloway mill on the Island of Lewis which processes Harris Tweed. The business was refinanced at the start of the year and is looking for further investment. The breakthrough has come with the production of a light soft “premium” quality Harris Tweed for the fashion industry which Reid believes will give the mill a new lease of life.

“The research has shown that we are missing the biggest market of all which is ladieswear because of the image of Harris Tweed as heavy and itchy,” he says. “We’ve now created a cheviot lamb’s wool blend which is super soft,”

Although the product has not been formally launched, it has created a stir. One leading Paris-based designer was heard to remark: “I’ve waited 20 years for this.” The first collection using the fabric is expected to be created by Stella McCartney next year.

But despite the excitement among the fashionistas, nobody is pretending it is easy. Hartmann says that for many acclaimed designers, the business side of fashion is a constant struggle.

“These guys teeter on the edge of folding from one season to the next. You are only as good as your last collection and the costs of production are so high. The mayor of London’s office gives London Fashion Week on average between £5m and £6m a year. British fashion brings in £29bn a year, according to recent research.

“Scotland is a highly creative country. It’s not just the designers but the spin-off for advertising agencies and other creatives. Scottish heritage has a real worth. Brands are promoting their heritage and their authenticity. We need to value that.”