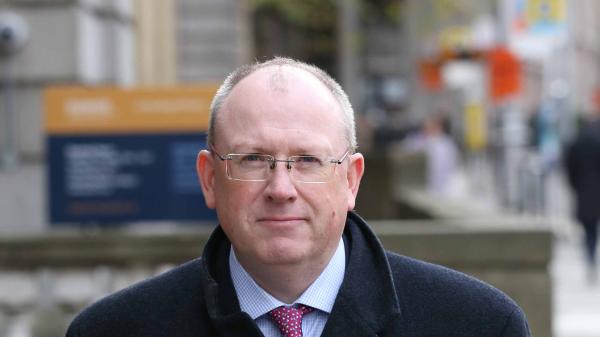 Senior Permanent TSB executives said that the Central Bank’s tracker mortgage review was likely to find further failings in the bank’s treatment of some customers yesterday.

The Central Bank launched an industry-wide inquiry into tracker mortgages in December last year when PTSB revealed after an internal review that there had been a “serious failure” in its treatment of 1,372 customers that resulted in 58 borrowers losing their homes.

PTSB failed to adequately inform customers that they would lose the right to be offered a tracker rate in the future if they left their existing fixed-rate or discounted tracker offer early.

About 220 of the affected borrowers were customers of the bank’s springboard mortgages subsidiary, while the remainder were PTSB customers.

PTSB said that 91 per cent of the affected borrowers had been “fully redressed”.

Jeremy Masding, the PTSB chief executive, said he expected the Central Bank’s review to identify further shortcomings in its treatment of tracker mortgage customers. “My guess is that, as with other banks, we will find issues where there is detriment. As I say, the important principle for me is around transparency and redress and compensation.”

Ger Mitchell, the head of the bank’s mortgage product review group, said that the inquiry was likely to identify further customers who had been affected because its scope was far wider than that of the bank’s internal review.

“Have we gathered everything in terms of the mortgage redress programme? I don’t think we have because quite frankly that was a very specific piece of work to try to identify customers that had a very specific feature which was that they broke early from a fixed-rate product and then ultimately lost their right to a tracker,” he said.

“So in actual fact it was an information deficit that we were guilty of that we didn’t communicate sufficiently with customers. The [Central Bank] review is a very broad one.”

No date for the publication of the Central Bank’s review has been set, although it is understood that it may last into 2018.

Addressing the Oireachtas finance committee, Mr Masding also announced that the bank would roll out fixed-rate mortgage products for existing customers next year.

He said the bank had not previously offered these customers the option of a fixed rate as it had not been able to do so at competitive prices.

“The last time I was here [at the finance committee] I was asked why we didn’t have a fixed rate and the reason was that to do a fixed rate you have to actually find some equal and opposite funding at the right price and at that time our franchise was perceived as weak by the market,” he said. “We could have put fixed rates on the product but they would have been very expensive.

“I think the good news for Ireland is since then, as the business has improved and we’ve continued to compete and show that we’re an important contributor to the financial services landscape in Ireland, depositors and funders are prepared to give us resources at the right price.”

He also urged existing standard variable rate borrowers to take up the bank’s managed variable rate offer, which would lead to them saving between 0.2 per cent and 0.8 per cent.