She’s not a model or an actress or a designer, but American socialite Olivia Palermo, 30, has created a hugely successful business from ‘sharing’ her lifestyle on Instagram 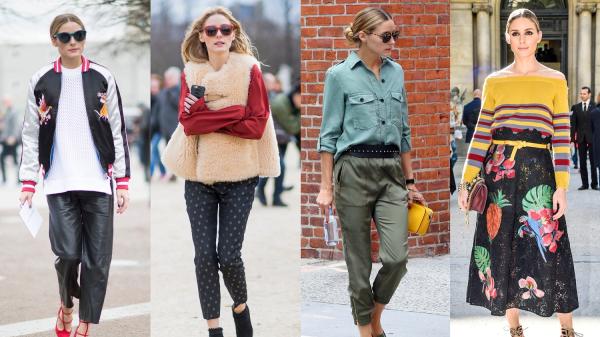 Olivia Palermo is famous for being photographed looking good in clothes, but she is not a model. She “acts” on reality TV shows, but she is not an actress. She’s a businesswoman and a brand without any training in either.

First and foremost, the 30-year-old American is a social media phenomenon. She has 4.3 million followers on Instagram who hang on her every photo. If you’re one of her fans (which means you’re most likely aged between 15 and 30), you’ll know what she had for breakfast this morning and whether today is a Chloé over-the-knee boot day or Gianvito Rossi spikes. You will know if she’s holidaying in the Hamptons or on the Frow in Paris.

But what makes Palermo unique is that she is the It girl who has figured out how to monetise social media without a) having an actual job like Taylor Swift or b) taking her clothes off.

Her fans are super-engaged; they see what she’s doing on a daily basis

All of La Palermo’s life – her appearance, her Instagram, her website, where she goes, what she does – has a cash value which can be quantified. Once upon a time, an It girl might be given a nice frock by a designer, which she would duly wear to a party. These days, being given the frock is just the beginning. Krishna Subramanian, co-founder of Captiv8, an American company that links brands to “influencers” like Palermo, says people like her with three to seven million followers on social media could charge an average of $187,500 (£150,000) for a post on YouTube, $50-$75,000 (£40,000-£60,000) for a post on Instagram or Snapchat and $30,000 (£24,000) for a tweet.

“She makes beautiful content,” he says, “and her fans are super-engaged with that content. People have that emotional connection; they see what she’s doing on a daily basis. It’s also about engagement by her followers. It doesn’t matter if you have ten million followers if they don’t comment and like and share and click through on what you do. That’s where the value is. The point is to create a conversation about that brand, and the more people who contribute to that conversation, the better.”

According to Subramanian, it is not just that Palermo holds a Chanel bag and says, “Buy this,” but that she creates content around it. “So a brand connects with her via a company like Captiv8, and they tell her, this is our message; this is the platform we want you to use; you come up with the concept. I think what’s really interesting is Olivia is building a brand, she is the next generation of a brand, and as she does that she can look at starting her own clothing and cosmetics line, and perfume. It can evolve.”

A decade ago, brands reached their target audience via the blunt instrument of a radio or TV or print advert. Today, there are algorithms that can find them, say, white college-educated students in the northeast who are into graphic design, or female students who are make-up artists. It can be that specific. In addition, millennials are spending less and less time watching TV and more time following people like Palermo, which ramps up her earning power.

“When Oliva Palermo wore our reversible bomber jacket during the London shows, the style sold out immediately and had to be restocked three times,” says a spokesman for Topshop. “She creates huge demand for a style because she has a classic but fashion-forward aesthetic, mixing designer and high street to creative aspirational but accessible looks.”

When she wore our bomber jacket, the style sold out immediately

Sophie Goodwin, fashion director of Tatler, agrees. “The key is accessibility and feeling relatable,” she says. “Palermo has made herself into a business, which many people can’t do or fail to do. That’s why the Kardashians are so great – like Palermo, they’re a phenomenon and a brand and they’ve monetised it in so many ways. They host events; they tell people about the brand; they collaborate. That’s why they’re successful on such a huge scale. They’re clever and nothing they do is accidental.”

Palermo grew up in Connecticut, the child of a property developer father and interior designer mother. She went to the same private school in New York as the girl who wrote Gossip Girl, Cecily von Ziegesar, and there is something of the Blair Waldorf about her life. She dabbled in charity work in her early twenties, went to smart parties and was duly photographed at them. In 2008, when she was working in PR – what else? – for Diane von Furstenberg, she was cast in MTV’s The City. Effectively a New York forerunner of Made in Chelsea, it followed the lives of the young, rich and beautiful. It was from here that the ball started rolling. She signed with a model agent, dabbled in jewellery design and appeared in carefully chosen ad campaigns with the male model, Johannes Huebl, who in 2014 would become her husband (and what an Instagram opportunity that was for Carolina Herrera, who dressed her). There were appearances on Project Runway, and shoes designed for charity and “brand ambassadorships” for cool labels such as Tibi.

It was 2011 when she launched her own website, oliviapalermo.com, and that is now the beating heart of the Palermo empire thanks to a single, inspired tab: “Shop Olivia’s Closet”. What Palermo does is take high fashion and make it wearable. She might be in a $5,000 Fendi fur, but underneath is a skirt from Reiss and a top from Zara. “Her look is ultra-polished and well-constructed and she’s very aspirational,” says Rebecca Lowthorpe, fashion director of Grazia, “but I think she probably looks just like a really beautiful girl and people want to look like her. These girls have selling power and their audience is global. She’s a key influencer, and everything, including her website, is slick and polished and put-together.”

She’s the high priestess of the sort of high-low dressing perfected by Kate Middleton and, like Kate Middleton, she is always perfectly groomed. There will not be any pictures of Palermo falling out of a nightclub any time soon, or wearing sweatpants taking the dog for a walk. (Palermo’s is called Mr Butler, by the way. He lives with her and Huebl in Brooklyn, although given that Palermo recently said she spent only 160 days at home this year, it seems likely Mr Palermo is Mr Butler’s main carer.)

“Palermo does more than embrace or interpret trends,” says Goodwin. “Some of these girls look like Prada’s thrown up on them, but she has the appeal that Kate Moss has. She looks like she’s dressed herself and I think she probably has. She’s fast to catch on to trends and she breaks it down. People want to look like her and the high-low is really important because otherwise it feels braggy. No one can go and buy six pieces from Fendi and that’s not the way people dress anyway. It’s about relatability.”

With social media, as opposed to traditional print media, the line between sponsored content and advertising, and someone just saying they like something and not confessing they’ve been paid to like it, is not clear. Some people add hashtag ad or hashtag sponsored; some people don’t. The holy grail for brands is to be associated with a star like Palermo, but making it look like she just stumbled across your wares in the mall and wears them for love. Which, to be fair, she might have done, at least in the early days before she was what she wore. By selling her own closet on her website she is, says Goodwin, simply making it easier for people to connect and buy into her taste.

By selling her own closet on her website Palermo is, it’s argued, simply making it easier for people to connect and buy into her taste

“They used to pick up a magazine for that,” she adds, “and now they have her. I don’t think she’d ever make the mistake of endorsing something she doesn’t like. Yes, she might be paid for it, but it has to be real to some degree.”

“Our clients always request what she wears,” says Edgardo Osorio, founder of shoe brand Aquazzurra, who recently did a collaboration with Palermo. “She wore our Sexy Thing peep-toe bootie and it sold out.”

Palermo’s other USP is that while so many other celebrities over-share on social media, she cultivates an air of elegant mystery. On the rare occasions when she agrees to be interviewed, it’s strictly on-message: “I enjoy working with Nordstrom”; “It’s nice to travel light”; “It’s all about time management”; “Life is too short not to try something professionally that you think you will love.” And so on. Her Instagram feed, carefully curated, if not by her then one of her team at OP – as they call her – HQ in New York, is a selection of pictures of her looking beautiful, of magazine shoots and parties and gardens and beaches. Here is Palermo wearing Versace in the front row at Versace. There is Palermo in a Delpozo dress at the Golden Globes. Here she is walking across the cobbles of the Louvre wearing Dior to the Dior show, picture-perfect for the waiting photographers. There’s nothing personal on her feed, because this is business. But crucially, unlike the Kardashians, while Palermo’s life looks fabulous, it’s not quite out-of-reach fabulous, and it’s definitely not “look at the size of my rock” boasting. It’s been contrived to be accessibly fabulous, and therein lies her appeal. It’s shopable, too – and therein lies her wealth.

Not everyone is thrilled by the arrival of Palermo and the legions of wannabe bloggers who swarm around the collections in New York, Paris, London and Milan. Some of the staff from US Vogue got into an ill-advised spat earlier this year, when they complained about women at the shows who changed head-to-toe every hour into paid-to-wear outfits. But a look at Palermo’s website might reveal the real reason why they feel so threatened: it mixes travel, lifestyle, shopping, beauty and culture, just like a glossy magazine. You can click to buy everything, from Palermo’s favourite hairdryer to her Elnett hairspray and her Chloé boots.

It has to be said that you don’t go to the website for the prose. “Venice,” we learn after her trip to the Bauer Palazzo hotel, “is a magical place unlike anywhere else on this earth.” But could this particular trip be a case in point? While no one would dream of doing anything so vulgar as saying that money changed hands, is it fair to assume that Palermo and her companions of choice got a free trip to Venice, and were then paid to write enthusiastically about the Bauer hotel on the website, plus extra for Instagram and other social media posts?

What is not in doubt is this: Olivia Palermo has a very nice life.