Hairdresser who created the iconic beehive, a piled-high look held together with industrial quantities of hairspray 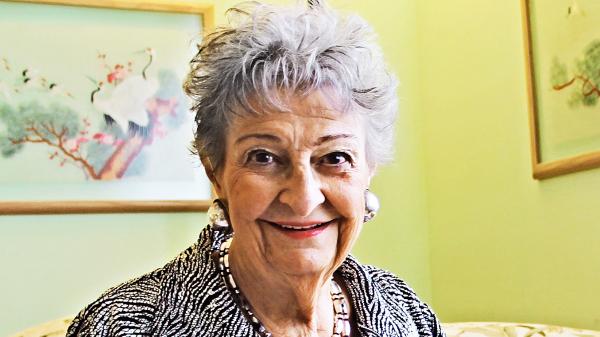 On a January evening in 1960 Margaret Vinci Heldt came home from her hair salon in Chicago, took off her black velvet fez and had a moment of inspiration. What if she could create a new hairstyle that would fit into her hat? Like a waiter removing a silver lid to reveal the chef’s signature dish, she would lift off her fez and the hairstyle would be there, fully formed.

She retrieved one of her mannequins and began to experiment, backcombing its wig to provide volume before teasing and winding the hair on large rollers until she had a reverse conical shape piled high. This she then held in place with pins and industrial quantities of hairspray. She stood back and admired her work.

The beehive was born, a look that was to become as much a symbol of the Swinging Sixties as Paul McCartney’s violin-shaped bass or Twiggy’s mini-skirt.

The following month, Heldt’s new design featured in the trade magazine Modern Beauty Shop and, within a year, it had been been adopted by the Ronettes, the most popular girl group of the time. Even more significantly, Audrey Hepburn wore a beehive in Breakfast at Tiffany’s. After this it became pretty much compulsory for women of fashion, with Brigitte Bardot, Barbra Streisand and Dusty Springfield almost falling over one another in their rush for the hairspray can. “Many women favoured the beehive,” Heldt recalled, “because it made them feel willowy.”

Born in Chicago in 1928, the daughter of Sicilian immigrants, Heldt had wanted to be a hairdresser since the age of seven. After school she enrolled at cosmetology college, but was unable to afford the wig required for practice sessions. Her father, who made barrels, was upset when her mother cut off her own hair to attach to a burlap to give her daughter something to practise on. “My father, he started to cry,” Heldt said. Her mother could see the bigger picture. “My mom, she took my hand and did she give me a talk. She said. ‘Now child, I want you to know that you are one of God’s chosen people’ — in Italian it sounds wonderful.”

By 1950 Heldt owned Margaret Vinci Coiffures on Chicago’s salubrious Michigan Avenue. Four years later her father was reduced to tears again, this time of joy, when his daughter was named national hairdresser of the year. After this she became a regular contributor to Modern Beauty Shop magazine and it was in response to a request from them to find a new design to define the new decade — a Sixties equivalent of the bob, pageboy or flip — that she hit upon the beehive.

A reporter from the magazine came up with the name when she saw that Heldt had added a pin that had come from her fez. It was in the shape of a bee. “Margaret, it looks just like a beehive,” the writer observed. “Do you mind if we call it the beehive?”

The popularity of Heldt’s beehive did not end with the Sixties. The B-52’s popularised it again in the Seventies, Mari Wilson in the Eighties, Marge Simpson in the Nineties and Amy Winehouse did the honours in the Noughties.

An energetic woman who enjoyed dancing well into old age, she took great pride in her creation and never tired of talking about it to the press. She was also fiercely protective of it, dismissing modern variations such as the Winehouse look as a “hornet’s nest”. The architecture of her original design required that the ratio should be two parts hair to one part face. Winehouse’s variation was therefore much too tall.

Because of the quantities of hairspray involved — “I don’t know how we would have done it without hairspray,” Heldt once reflected — a woman who wore a beehive could count on it lasting a week or more, provided she took care to protect her crown by wrapping it at night in a scarf or tissue paper. “I used to tell my clients, ‘I don’t care what your husband does from the neck down, but I don’t want them to touch you from the neck up’.”

Her own husband of 55 years, Carl Ludvig Heldt, was a machinist. He died in 1998. She is survived by her son, William, who was a policeman for 30 years and is now a hygiene manager for the city of Oswego, Illinois, and her daughter, Carlene, who runs an investment portfolio in Florida. She had seven grandchildren.

In later years her innnovative work was acknowledged with a scholarship in her name by the trade association Cosmetologists Chicago. “It’s kind of nice to know maybe in my own way I was able to give something to my profession that became a classic,” she reflected in her 90s. “It still has a touch of glamour, doesn’t it?”