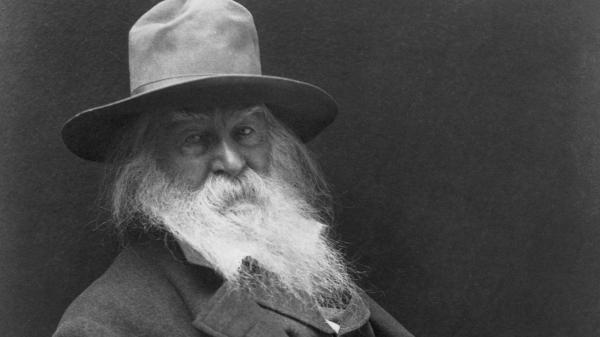 He was arguably America’s greatest poet, a thickly bearded, 19th-century visionary who sought to express in verse the freedom and epic splendour of his emerging nation.

Even the most learned scholars of Walt Whitman’s writing did not realise until very recently was that he was also a men’s health journalist: in newspaper columns written more than 150 years ago he advised his readers to wear comfortable sports shoes as their regular footwear, to beware the dangers of inactivity stemming from a desk-bound life, to grow a beard — “a great sanitary protection to the throat” — and to adopt a diet based on meat “to the exclusion of all else” and low in sugar, foreshadowing the thinking of paleo-dieters today. “This is really a completely new work by Whitman,” David S Reynolds, the author of Walt Whitman’s America, told The New York Times.

Whitman, who died aged 72, advocated “getting up early, having a walk, getting the benefit of fresh air and lots of moderate exercise,” said Professor Reynolds, from the City University of New York. The columns, recently rediscovered, were written under the pseudonym Mose Velsor for an obscure newspaper, the New York Atlas, while Whitman was working on the third edition of what would become his landmark work, Leaves of Grass.

They form a series called “Manly Health and Training” and run to nearly 47,000 words but were lost until a graduate student at the University of Houston spotted a passing reference in an 1858 edition of another New York newspaper. Zachary Turpin tracked down microfilm editions of New York Atlas. “It took about 24 hours for it to sink in,” he said. The collection has since been published online by the Walt Whitman Quarterly Review.

Mr Turpin wrote in an introduction that Whitman, who left school at 11 and was gay, ranged across a vast range of topics, “not only diet and exercise, but also physical beauty, manly comradeship, sex and reproduction, socialisation, race, eugenics, war, climate, longevity, bathing, prizefighting, gymnastics, baseball, footwear, facial hair, depression, alcohol, and prostitution.

“It is an eyebrow-raising document at times . . . his primary claims tilt from visionary to reactionary, commonsensical to nonsensical, egalitarian to racist, pacific to bloodthirsty — and back again.”