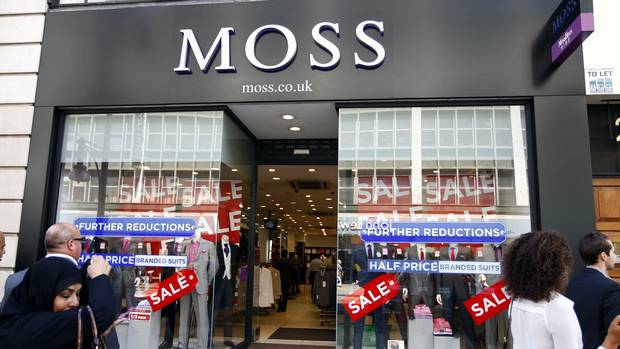 ADRIAN WRIGHT, the chief executive of Moss Bros, was ousted by the men’s clothing retailer yesterday despite successfully bringing the company back into the black for the first time in four years.

Moss Bros insisted that Mr Wright was leaving after just two years because he had finished the recovery job that he had been brought in to do. He will receive a payoff worth at least £172,000.

Keith Hamill, the chairman, said: “He has had two very good years and sorted the business out. He has done very well for us, but everybody involved is conscious of the fact that what the business now needs is someone with product-related skills.”

Analysts speculated that Mr Mountford had been handed the top job in an attempt to prevent him being poached by a rival retailer. The 39-year-old, who joined Moss Bros from Versace, the Italian designer label, has become a favourite in the retail market because of his ability to define trends in the notoriously difficult men’s clothing market.

Mr Mountford has been linked to the chief executive’s post at Austin Reed and is also thought to have been asked to become director of clothing for Marks & Spencer.

Mr Hamill said: “Philip has a very strong product background and knows the brands and the people involved. He has got a good sense of fashion and is very hard-driving and open.”

Richard Ratner, of Seymour Pierce, said that Mr Wright could “leave with his head held high” after taking Moss Bros back into profit from a £6.7 million loss four years ago, and that Austin Reed, the ailing men’s clothing retailer seeking a chief executive, “would be stupid not to look at him very closely”.